At this early stage in the electoral cycle, he is the Republican machine Donald Trump has been running for president for at least a decade. His campaign did not start on June 16, 2015, when he descended that golden escalator in that eponymous tower in New York. It began on November 19, 2012, days after President Barack Obama had defeated Mitt Romney, when Trump registered a trademark application for the phrase he pinched from Ronald Reagan: "Make America Great Again."

Donald Trump has been running for president for at least a decade. His campaign did not start on June 16, 2015, when he descended that golden escalator in that eponymous tower in New York. It began on November 19, 2012, days after President Barack Obama had defeated Mitt Romney, when Trump registered a trademark application for the phrase he pinched from Ronald Reagan: “Make America Great Again.”

After he won the White House in 2016, Trump did not cease pursuing re-election. After he lost in 2020, ditto. The fundraising — the key part — and the rallies have kept going and going. On Tuesday night, at his home at Mar-a-Lago, Florida, he simply made it official. “In order to make America great and glorious again,” he said, “I am tonight announcing my candidacy for president of the United States.”

Did anyone really believe this wasn’t happening? The never-ending MAGA campaign is now a fact of American life that we often pretend we can’t see. It will probably only die with him. 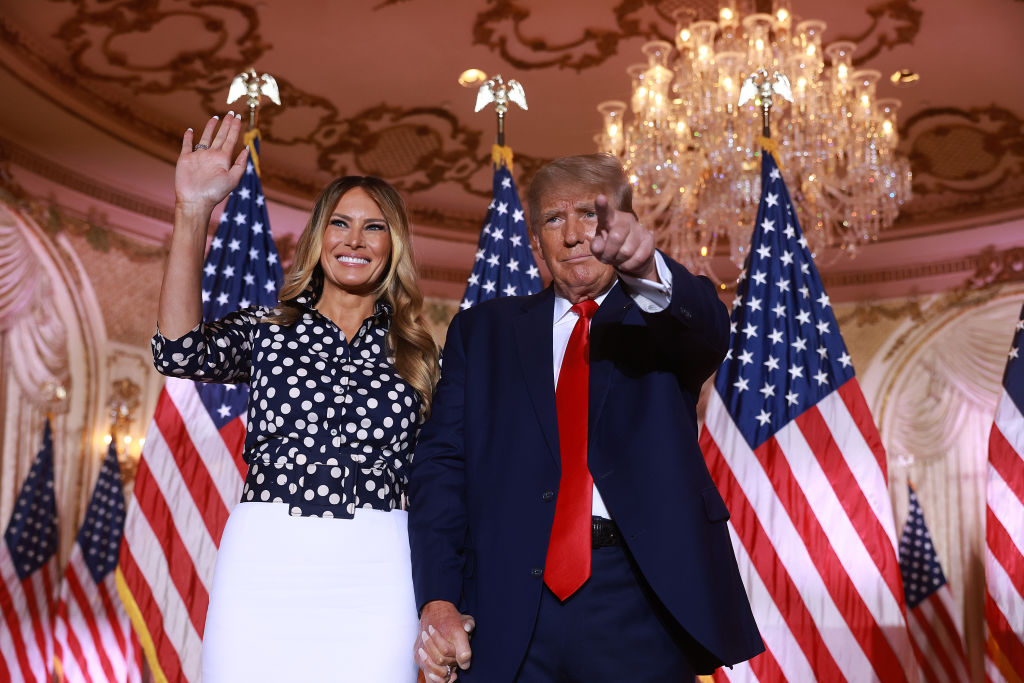 Following disappointing results for the Republicans in the midterms last week, pundits have been busy explaining why Ron DeSantis would be the much better Republican candidate in 2024. Intelligent analysts point out that Trump’s leadership is so toxic that his party has failed in three straight nationwide elections – in 2018, 2020 and 2022. The media, including much of the conservative media, are sick of the Trump saga. The American electorate, including much of the conservative electorate, are fed up too.

But the facts of Republican political life are Trumpian and nothing anyone says can change that. The world changes but Trump stays the same — narcissistic, absurd, unstoppable. He continues to call himself “the stable genius,” and it’s true that he has a unique ability to keep his politics static as everything around him falls apart.

His rhetoric seems frozen in time. On Tuesday, he hit all the drums he has been banging since 2015. He spent much of his speech denouncing “open borders” and the “poison” of illegal immigration. “Our country is being invaded by millions and millions of unknown people, many of whom are entering for a very bad and sinister reason,” he said.

He emoted nostalgically about smashing Islamic terrorism: “The vicious ISIS caliphate which no president was able to conquer was decimated by me and our great warriors in less than three weeks.”

He mixed gonzo gloom and gonzo hope, the apocalyptic with the celestial, as he always has done. He talked about fentanyl overdoses and about giving drug dealers the death penalty at the same time as he promised to “extend the horizons of human achievement” and “plant our beautiful American flag very soon on the surface of Mars.”

Trump also went back to another ever-recurrent theme of his relentless candidacy — China, China, China. “No president had ever sought or received one dollar for our country from China until I came along,” he claimed. “[Then] we were getting hundreds of billions of dollars” thanks to his trade tariffs. “Many people think that because of this China played a very active role in the 2020 election — just saying, just saying…” He held his hands up in mock innocence. “I’m sure that didn’t happen.” That was, funnily enough, the closest he got to mentioning the “stolen election” — the conspiracy theory he has touted since 2020, which the public appear to have repudiated last week. He did vow to fix America’s sub-third-world vote-counting systems — “That’s a very personal job for me” — but he did not dwell on the idea of cheating. Maybe he’s learned an important lesson there. 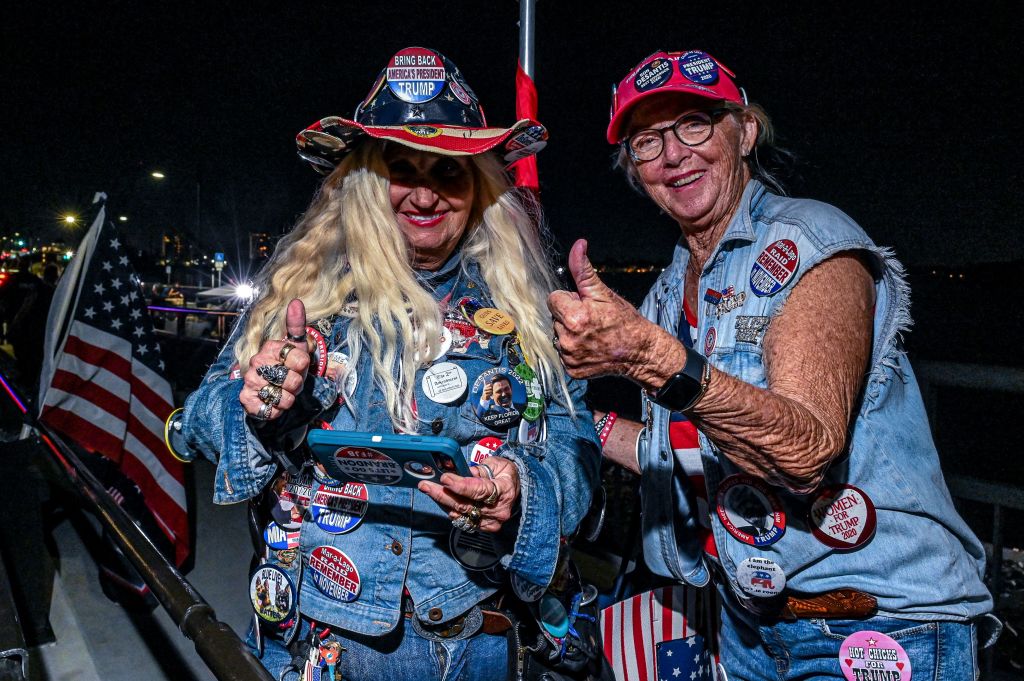 Supporters of Donald Trump celebrate the former president’s announcement outside of his Mar-a-Lago residence, November 15, 2022 (Getty)

Surely he can’t win, though, can he? That’s what everybody said in 2015 and he proved them wrong. The difference today is that he isn’t the outsider he was. He’ll be running for the Republican nomination against candidates who have absorbed the Trumpist teachings of the last decade and adapted. Ron DeSantis will be widely hailed as the face of the new right, and Trump probably needs a large field of squabbling rivals — as he had in 2016 — to dominate the race again.

At this early stage in the electoral cycle, he is the Republican machine. He could be the Jeb Bush of 2024. He has the family brand, the war chest and the money-generating apparatus, as well as the loyalty of many politicians who know they can’t afford to turn on him even if they want to. But right-wing voters increasingly find him exhausting and want someone different. The midterms showed that in the post-Covid age, candidates who exude reassuring professionalism and competence can thrive. DeSantis displays those qualities. Trump does not.

In Trump’s peculiar mind, however, the midterms were not so bad — at least not for him — and his chances of beating Joe Biden will improve as his successor’s unpopular presidency goes on. He can blame Mitch McConnell for messing up the Senate races and keep pointing towards an undeniable truth: that the vast majority of Republican candidates he supported won.

“Much criticism is being placed on the fact that the Republican Party should have done better, and frankly much of this blame is correct,” he said in his speech. “But the citizens of our country have not yet realized the full extent and gravity of the pain our nation is going through… They don’t quite feel it yet. But they will very soon. I have no doubt that by 2024, [they] will.” The scary part is that he could be right.